We have a wide variety of routes and mountain passes for both road cycling and mountain biking, for professionals and amateurs. 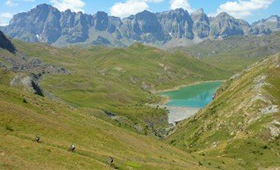 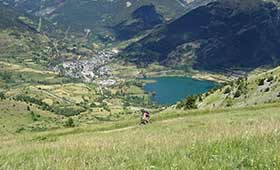 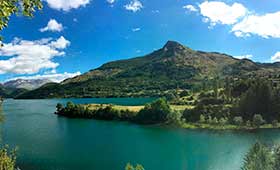 This route starts from Sallent and goes through some of the most entertaining trails in the area to then ascend towards the Sierra de Partacua and reach the lakes of La Paul and Escarra, we will ascend to the Pacino hill, where we will find ourselves in some privileged viewpoints of the valley of Tena. 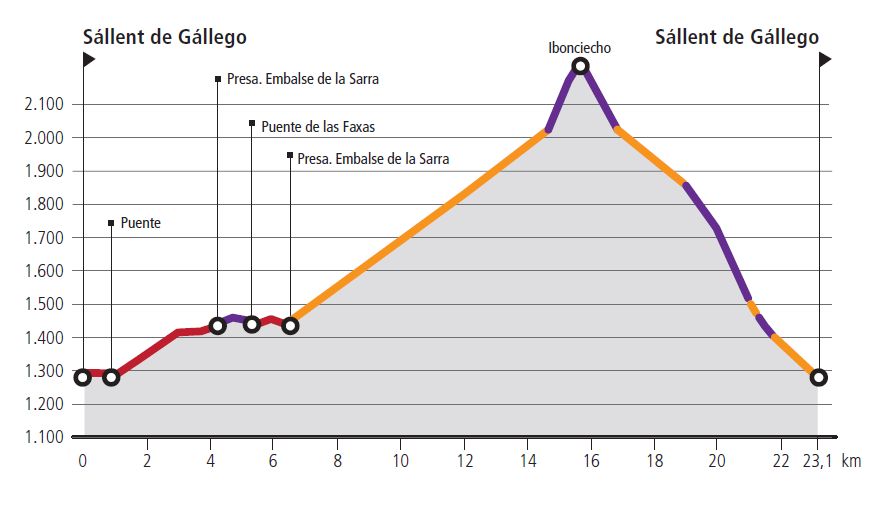 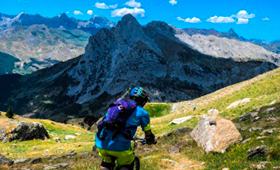 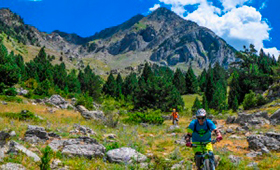 Route that takes us from Sallent to the Ibonciecho lake itself, passing through the La Sarra reservoir. The descent is done by path through meadows and a pine forest crossing the track at various points. Perhaps it is one of the most spectacular routes in the Tena Valley. 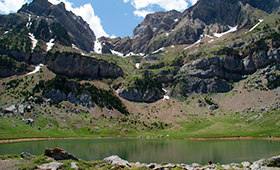 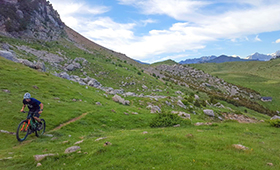 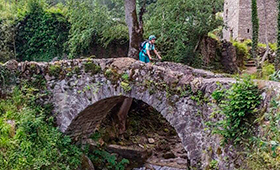 Starting from Piedrafita we ascend by track to the vicinity of the Ibón. From here, we start the route along the path. After a couple of kilometers alternating small ups and downs, a continuous descent begins with changing and varied terrain. 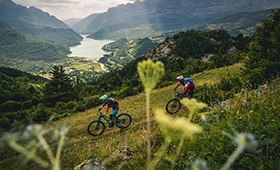 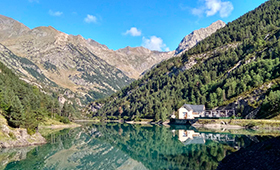 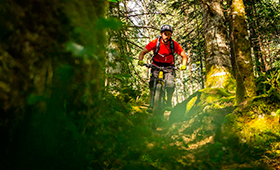 We will cross the valley from north to south, on a linear route parallel to the bed of the Gállego river. The route runs through a very high percentage of tracks and trails, passing only through small sections of road within the towns of Sallent de Gállego and Panticosa. The landscape is very changeable, with an initial section of the route cleared of vegetation, but as we descend through the valley it will pass through wide wooded areas. 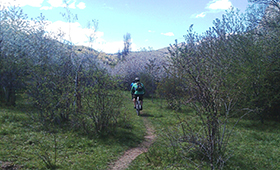 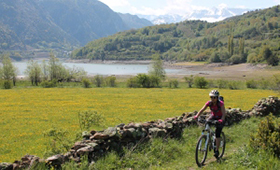 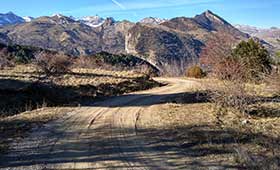 Great mountain bike route to test our skills on the bike. It is not a physically hard lap, but it does have a strong ramp on the ascent and descent that will require good technique to tackle any of its sections.